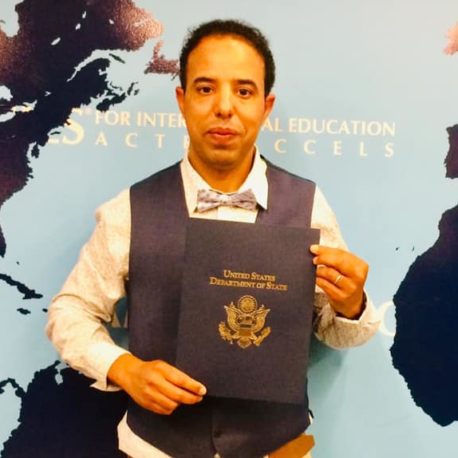 Abdelilah EL Alaoui is from laayoune city in the South of Morocco .He joind the teaching profession in 2004 after he had received his BA in linguistics from Ibno Zohor university in Agadir ,Morocco.He also received several degrees and certificates in filmmaking .Furthermore, he is the founder of two E- learning projects called ‘ Je partage ‘ ( I share ) and the Head of an active English and cinema club in Allal Ben Abdellah middle school in Laayoune city ,Morocco . Additionally , He enjoys volunteering , traveling, photography and sports. Mr.El Alaoui Abdelilah is the winner of many film festival awards in Morocco .