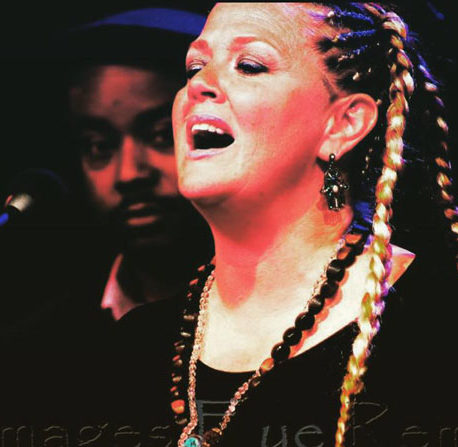 “Heidi Martin’s voice has a heavy Rickie Lee Jones bottom with a suggestion of Joni Mitchell and Betty Carter and just a hint of Janis Joplin in the finish.”
– All About Jazz

Martin was hand-picked to compete in the London International Jazz Vocal Competition (LIJC), where she placed as a top finalist among some 107 competitors from over 25 nations.

A passionate songstress who, while in college,performed under the direction of Oscar Brown Jr. in on of his Musical Play’s “Four Women”.

Since making her debut on the music scene. Each independently released project; Alone Together (1998) and HIDE (2005), See hear, Love (2008) have been met with critical acclaim and have lead Martin to domestic and international touring since her professional career began.

Her compositions :Memphis, Rice, I Wanna Comfort You, Why Do I?, were chosen as a soundtrack to REVOLUTION ’67 – a documentary about the 1967 Newark rebellion by Emmy-nominated filmmakers Jerome and Marylou Bongiorno. The film was screened at the 27th Annual IFP Market in New York and debuted on PBS July 10th, 2007.