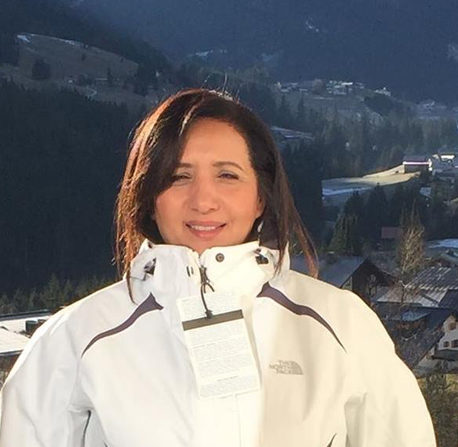 is a Senior Staff Scientist at Jefferson Lab (U.S). She received her Ph.D. from the University of Clermont-Ferrand (France) in 1992 for research on the nucleon axial form factor. She was selected for an honored position at CNRS/IN2P3 in 1994, but she decided to come to Jefferson Lab for a joint position with JLab/CNU (1994-2011). In 2001, she joined Jefferson Lab among the first few women staff scientist in the physics division. Latifa was the leader of the pioneering measurement of the first observation of electron beam asymmetries in polarized, exclusive Deeply Virtual Compton Scattering. Prior to coming to JLab, Latifa performed experiments at Saclay (France) and PSI (Switzerland). Since 2006, Latifa has been the Project Manager for the Hall B 12 GeV Upgrade from 2005 to 2015 to include all detectors, magnets and infrastructure for the CLAS12 system. She is a member of the APS Division of Nuclear Physics and was elected APS Fellow in 2011. She has served on the DNP local organizing committee in 2007 and on the DNP nominating committee in 2009. She served as chair of the DNP nominating committee in 2010, and chaired the local organizing committee for DNP 2013. She served on the DNP program committee from 2011-2013. She has served as a member of Nuclear Science Advisory Committee (NSAC), Committee of Visitors (COV). She has also served on review panels for funding European scientific program proposals. She has served as a member on several Ph.D. theses committees. She is the contact person and the spokesperson of the DVCS experimental program to study the Generalized Parton Distributions (GPDs) program with the CLAS and CLAS12 detector systems. This program will allow, for the first time, the ability to develop 3D imaging of the nucleon. This is the flagship science program of CLAS12, and one of the major, new scientific capabilities that is part of the 12 GeV Upgrade at Jefferson Lab.