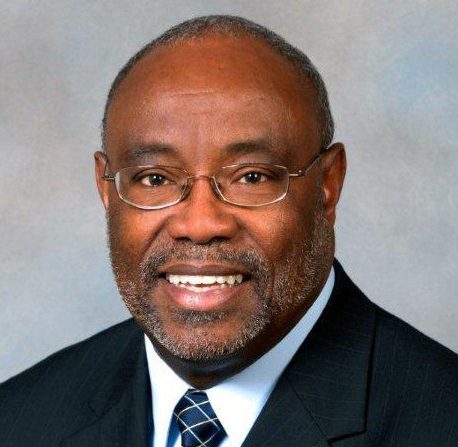 William D. “Bill” Euille is an American politician who served as the mayor of Alexandria, Virginia from 2003 until 2016. He is also one of two alternates representing Virginia on the board of directors of the Washington Metropolitan Area Transit Authority.

Euille, a Democrat, graduated from Alexandria’s T.C. Williams High School in 1968 and Quinnipiac University in 1972. He was on the Alexandria School Board from 1974 to 1984, and on the Alexandria City Council from 1994 until 2003, when he was elected Alexandria’s first African-American mayor. Mayor Euille began his business career as an accountant with an Alexandria construction company in 1972, and within eight years, he advanced to Vice President/Controller, ultimately having responsibility for all contracting, financial and administrative functions.

A native of Alexandria, Virginia, Mayor Euille graduated from T.C. Williams High School and earned a bachelor’s degree in accounting from Quinnipiac University in Hamden, Connecticut in 1972.

Mayor Euille was elected to a three-year term on the Alexandria City Council in May, 1994. He was re-elected in May, 1997 (vice mayor) and in May, 2000. He was elected the City’s first African-American mayor in May 2003 and was re-elected mayor in May, 2006, 2009 and in November 2012. He serves on the board of directors for the Washington Metropolitan Area Transportation Authority; the Northern Virginia Transportation Authority (NVTA). He is past chairman of the Northern Virginia Transportation Commission (NVTC) and past president of the Virginia Transit Authority (VTA). Additionally, he is chairman of the Washington Metropolitan Council of Governments (COG), serves on the Governor’s Council on Virginia Future, and president of the Virginia Municipal League (VML).

In 2015, Mayor Euille lost the primary to Vice Mayor Allison Silberberg.[1] He then ran against Silberberg as a write-in candidate, but to no avail. Silberberg was sworn in on January 5, 2016