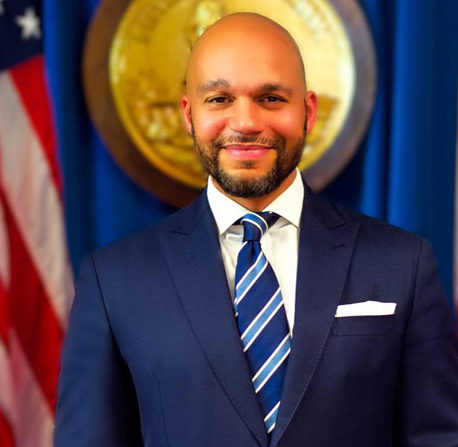 is an At-Large Member of the Council of the District of Columbia and is Chair of the Metropolitan Washington Council of Governments (COG) Board of Directors. Robert is proudly part of a historical COG Board, the first all African-American Board and all women Corporate Officers. He is also Chair of the Committee on Facilities and Procurement.

Robert graduated from Archbishop Carroll High School and went on to attend St. Mary’s College of Maryland, earning degrees in Philosophy and Political Science and completing additional studies at Oxford University in England and in The Gambia, West Africa. Robert earned his law degree from the American University Washington College of Law.

Originally planning to spend his first years as an attorney in private practice, Robert clerked in the District Court for Montgomery County, Maryland to hone his legal skills. While there, Robert recognized the hard truth that some people were not getting a chance to join in DC’s revival after decades of economic depression and high crime. Robert changed course, determined to use his skills to give back to his beloved home city through public service.

In 2008, Robert went to the United States Congress to serve as Legislative Counsel to Congresswoman Eleanor Holmes Norton. Robert served as a lead staffer on congressional oversight hearings related to D.C. and helped draft legislation to loosen Congress’ grip on the D.C. government and to give greater autonomy and independence to D.C. residents.

In 2014, Robert was tapped by Attorney General Karl A. Racine to serve as the first Director of Community Outreach for the D.C. Office of the Attorney General. There, Robert worked to design and execute a blueprint for community engagement with a focus on improving services and supports for to the city’s most vulnerable residents.

With experience working in all three branches of government and for both federal and local government, Robert has a keen understanding of how government should function to serve its citizens.

In the community, Robert works hard as an advocate for strong communities and efficient government. He founded the Brightwood Park Citizens Association to unite and energize his neighborhood.

Robert and his wife, Christy, an attorney with the U.S. Securities and Exchange Commission, reside in Ward 4 with their baby girl, Madison, and rescue pit bull, Roscoe. They attend St. Martin’s Catholic Church.

A native Washingtonian, Robert was born to Wilson High School sweethearts, Robert White, Sr. and Tamara White (deceased), and has lived in Wards 4, 5, 6, and 7.

Robert loves spending time with his family, reading, and riding his motorcycle.