An old alliance united in the defense of common ideals

Morocco and the United States of America share a close and steadfast transatlantic relationship and have relentlessly allied their efforts to defend their shared values of freedom, democracy, tolerance and peace during both World Wars, the Cold War and in various coalitions such as the first Gulf war as well as in the fight against terrorism and violent extremism. With shared interests and common values, Morocco and the United States of America are also working together to promote regional security, create economic opportunities prosperity and address pressing global challenges in the Middle East and Africa.

Over the past seven decades, U.S.-Moroccan relations have been considerably strengthened marked by a large number of visits between high officials of the two countries (See Timeline of US-Morocco relations).

Under the leadership of King Mohammed VI and the last four US Administrations, the US-Morocco relationship has advanced on political, economic, social, and security fronts, highlighted namely by a joint commitment to combating terrorism, the designation of Morocco as a non-NATO Ally, the signing of the 2004 Free Trade Agreement and the establishment of two Compacts with the Millennium Challenge Corporation.

In recognition of this strong alliance, Morocco and the United States of America launched on September 13, 2012 a Strategic Dialogue—one of about two-dozen such agreements in existence.

Ambassador of Morocco to the United States 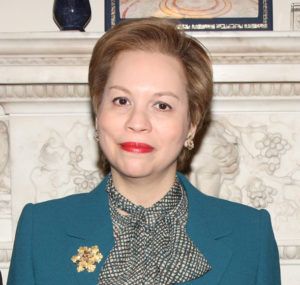 Her Highness Princess Lalla Joumala was appointed as Ambassador of the Kingdom of Morocco to the United States of America by His Majesty the King Mohammed VI in October 2016.

HH Princess Lalla Joumala was previously appointed as Ambassador of the Kingdom of Morocco to the United Kingdom (2009-2016). In this role, Her Highness endeavoured to diversify and strengthen Morocco-UK ties on the political, economic, cultural and security fronts.

Her Highness’s contribution to the advancement of the Moroccan-British relationship preceded her ambassadorial appointment. In February 2003, she founded the Moroccan-British Society (MBS), which she continues to preside over. The MBS is aimed at creating opportunities for social, cultural, educational, business and charitable activities and strengthening the 800 years old relation between Morocco and the UK. In this capacity, Her Highness organised, in 2007, the “SACRED Exhibition of Manuscripts of the Three Religions of The Book”, under the joint Royal patronage of His Majesty King Mohammed VI and His Royal Highness Prince Philip, Duke of Edinburgh with the British Library. She also set up the King Mohammed VI Fellowship on Moroccan and Mediterranean Studies with Oxford University in 2004.

HH Princess Lalla Joumala headed the Delegation of the Kingdom of Morocco to the Special Session on HIV/AIDS at the United Nations in New York in 2001. Previously, her Highness also held an Executive position at Bank Al Maghrib, Morocco’s central bank.

Over the course of her career, HH Princess Lalla Joumala has developed an interest in history and international relations with a focus on inter-faith dialogue and relations between Islam and the West. Her Highness also has a personal interest in music, arts and literature.

HH Princess Lalla Joumala is also highly engaged in charitable activities. Her Highness chairs over the Lalla Hasnaa Orphanage in the city of Casablanca, which shelters an average of 200 abandoned children providing them with education and new foster families when possible.

HH Princess Lalla Joumala obtained a degree in Politics and History from the School of Oriental and African Studies (SOAS) in London. She is fluent in Arabic, English, French and Spanish.

She is married and has one child.

Ambassador of the United States to Morocco 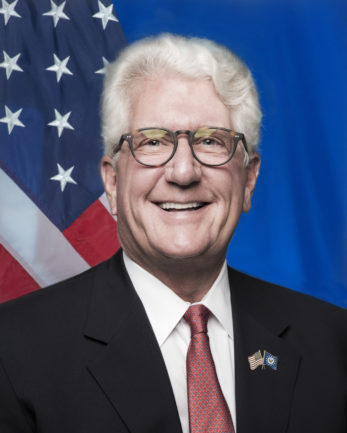 Ambassador David T. Fischer was sworn in as the United States Ambassador to the Kingdom of Morocco on January 16, 2020. He arrived in Morocco on January 21, 2020. Ambassador Fischer is a respected business executive, recognized civic leader, and distinguished philanthropist. He served as Chairman and Chief Executive Officer of the Suburban Collection Holdings, a privately held conglomerate consisting of one of the largest automotive dealership groups in the country, nation-wide accessories and parts distribution, and logistics and fleet management throughout North America and Canada.

Ambassador Fischer served as Chairman Emeritus of the North American International Auto Show and has served as advisor to multi-national automotive manufacturers. He served as Emeritus Director of the Detroit Institute of Arts and on the Board of Trustees for the College of Creative Studies, where he led the financing and renovation of the historic Argonaut building in Detroit. He served as a member of the Judicial Tenure Commission for the State of Michigan; as Chair of the Board of Trustees for Oakland University; and on the Board of Trustees of the Community Foundation of Southeast Michigan. Ambassador Fischer’s philanthropic efforts have impacted over 50 social, welfare, civic, community, and foundational organizations.

Ambassador Fischer earned a B.A. from Parsons College and attended executive education at Harvard Business School. He was awarded an Honorary Doctorate in Fine Arts from the College of Creative Studies, one of the nation’s largest art and design colleges, and an Honorary Doctorate in Science from Oakland University in Rochester, Michigan. He was born in Detroit, Michigan and has a residence in Bloomfield Hills, Michigan with his wife, Jennifer. They have three terrific sons, three wonderful daughters-in-law, and ten fabulous grandchildren.