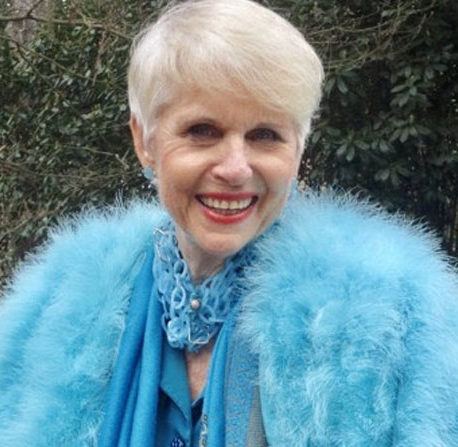 After graduation from American University in DC, she returned to her home town in southern California to work on her father’s award-winning weekly newspaper, followed by a stint at a well-known literary agency in Hollywood, representing authors, screenwriters and actors for motion picture companies.

In the late 60’s, she served as a press liaison for CBS Cinema Center Films in NYC, and returned to Washington in the early 70’s to become the first public relations director of historic Ford’s Theatre serving for 15 years served as the public relations director for WETA TV and Radio (the third largest public broadcasting station). In 1997, she launched Du Plain Global Enterprises, Inc, a global PR, special events and fundraising company that represents a variety of media and cultural organizations, specifically geared to the diplomatic community.

For the last twelve years, she has served as the embassy liaison for Cultural Tourism DC’s successful PASSPORT DC, a month long city-wide cultural celebration during May featuring Washington’s international and diplomatic community; she recruits for Around the World Embassy Tour (AWET) and served as the embassy liaison for the popular Embassy Chef Challenge for almost ten years. She is currently the Embassy Liaison at the World Trade Center, Washington DC (Ronald Reagan Building and International Trade Center) serving the diplomatic community with the very successful signature program “Winternational,” the largest global marketplace for embassies under one roof in the DC area. This popular festival celebrating its 8th year features over 50 embassies. She also recruits embassies for Culturfied Foundation’s annual International Children’s Festival scheduled this year for October, 2019. Other clients include the Sustained Dialogue Institute and the Abdelkader Institute in Washington, DC.

She has won several awards, including the highest award for service at the National Press Club
and currently serves as their Deputy Chair of the International Correspondents Committee.